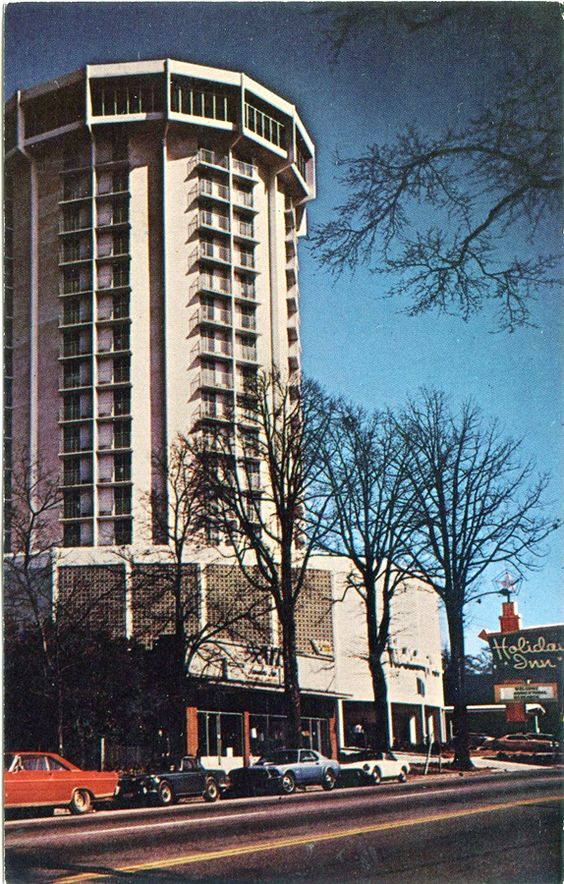 #TBT Today we are flashing back to the 1970’s, and the cylindrical Holiday Inn on Hillsborough Street in Raleigh.  The hotel, famous for its shape and its rooftop restaurant with a spectacular view of the city, opened in 1969 as a Holiday Inn. The architecture of the building was altered in the 1990’s, when the balconies were enclosed.  It later became a Clarion Hotel, but once again became a Holiday Inn in 2014.  What comes around, goes around! Happy Thursday!