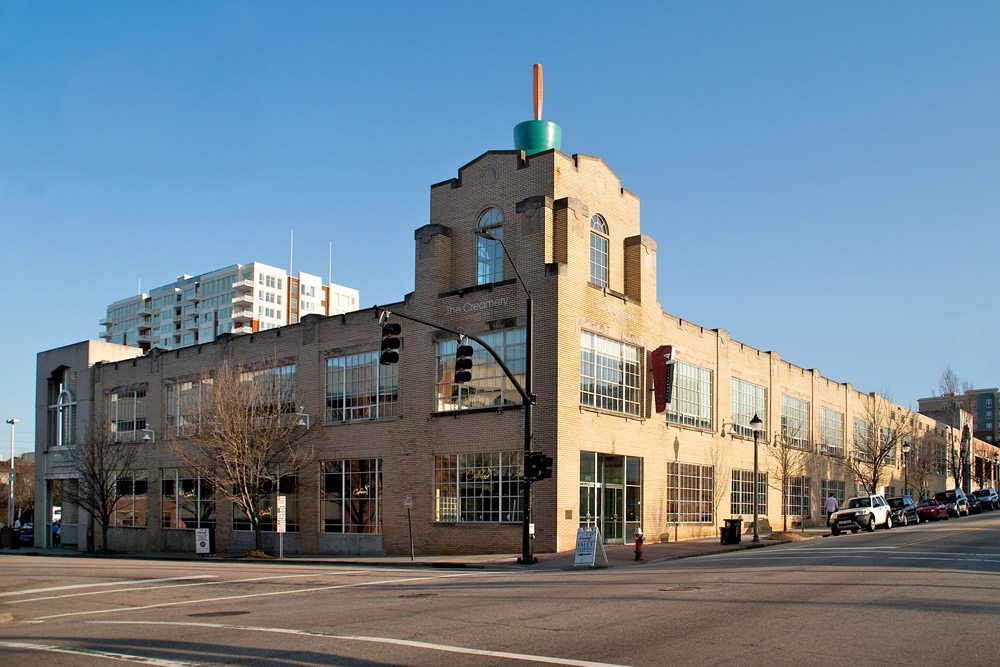 #TBT – We are throwing back to 1928 today, the year that the Pine Street Creamery in Raleigh was built. Pine State Creamery was a dairy supplier for much of the Triangle during the 20th century; the company was established in Raleigh in 1919 as a dairy farmers cooperative, when troops stationed at nearby Camp Polk during World War I needed pasteurized milk. Constructed in the Art Deco style, additions were added in the 1940’s and the 1960’s. It now takes up almost an entire block on Glenwood Avenue. The company closed in 1996, and the building is now used for commercial space.  It was designated a National Historic Landmark in 1997 and is a Raleigh Historic Landmark. Happy Thursday!